Personal Message from Charles A. Jenkins,

Serving as your Sheriff since 2006, has been a distinct honor and privilege. Frederick County is my lifelong home, which makes serving as Sheriff especially satisfying and gives me immense pride in doing so.  The Frederick County Sheriff’s Office, which I have served for a total of 28 years, continues to move forward as a progressive, effective, and premier agency in both law enforcement and corrections.

I am running for a fourth term as Frederick County Sheriff for reasons that can be explained best by the agency’s accomplishments, and the fact that I do care about the future of the agency and the citizens of this county. I have the energy, the commitment, and focus to continue to lead this outstanding agency forward for another four years. Now is not the time for change with a new Sheriff that would most certainly derail law enforcement and public safety in Frederick County. This is especially true of someone that has not been involved in law enforcement for decades and has no experience or real concept of modern policing.

Since 2014, Frederick County has seen 7 consecutive years of significant reductions in serious crime (Part 1 Crimes) through a series of effective law enforcement strategies. I have managed the Sheriff’s Office budgets very responsibly making sound decisions spending your tax dollars, while identifying priorities, implementing new technologies, providing modern training, and maintaining a well-equipped agency. Through budget savings and the federal housing reimbursement program at the jail I have returned to the county’s general fund more than $30 million during my tenure as Sheriff.

My position on illegal immigration and the enforcement of our immigration laws in regard to crime and public safety is well established nationally. This is demonstrated by our partnership with DHS/ICE, recognized as a model 287g Program having removed in excess of 1400 criminal aliens from Frederick County. 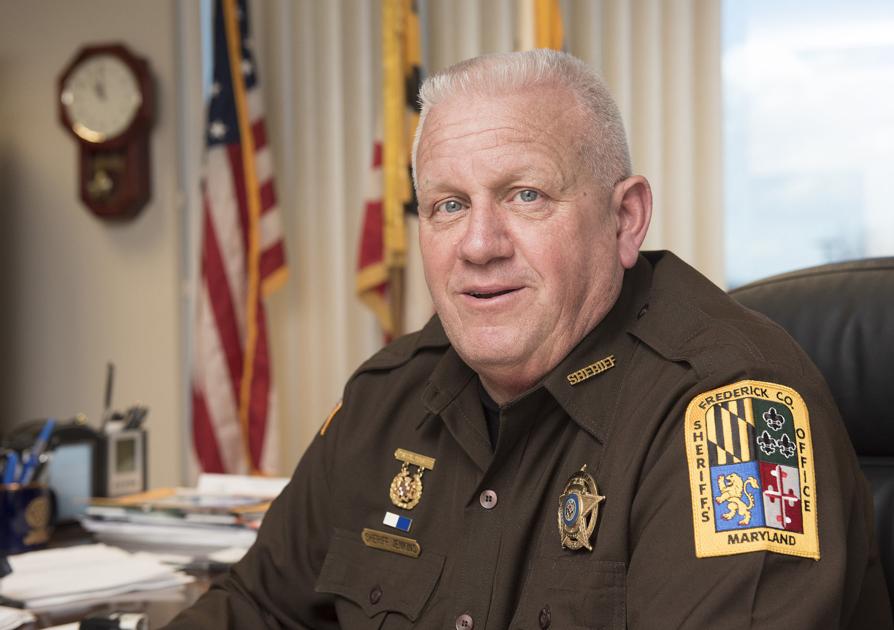 That number includes more than 90 trans-national criminal gang members, mostly MS13. We have established and maintained a very effective School Resource Officer program, protecting our county school system with some of best performing and engaging deputies in the agency. As Sheriff, I have remained steadfast in my efforts to safeguard your rights, in particular your right to firearm ownership and self-protection. My position on these important issues will not change.

Perhaps my most rewarding accomplishment has been the ability to remain accessible and available to everyone in this county throughout my time as your Sheriff. The role of the Sheriff is to enforce the laws, safeguard the rights of the individual, and effectively protect the lives, homes, and business of our citizens. That’s exactly what I stand for. Take the time to browse my website to find out much more. I’m asking for your vote in November 2022 to remain “The People’s Sheriff”.